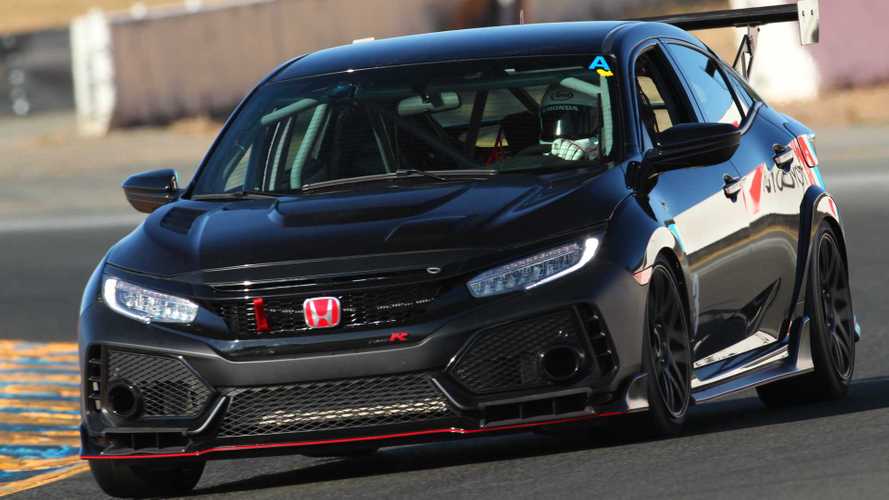 Designed specifically for TC-class competition, the Civic Type R TC was developed and tested in-house by HPD engineers as a modified version of the production Civic Type R designed exclusively for track use, with final assembly done by Gradient Racing in Austin, Texas. HPD engineers developed and tested the Civic Type R TC race car in-house, drawing on experience gained from production car and race vehicle engineering, including development of the HPD Civic Si TCA race car. The HPD-developed Civic Type R race car begins life as a body in white from Honda's Swindon, England, plant, and uses its road- and track-proven 2.0-liter VTEC Turbo engine supplied by the Honda of America Mfg. engine plant in Anna, Ohio, producing between 270 and 330 horsepower, depending on the series application.

The Civic Type R TC-class race car will be available to registered North American racing customers with racing licenses through HPD's Honda Racing Line program for competition in SRO TC Americas competition, along with certain SCCA and NASA classes. In addition to a fully outfitted race car, HPD supports all of its racing customers with trackside factory engineering and parts support, and an exclusive technical support line that can connect racing customers directly with HPD engineers when they're not at the track.

"After a remarkable first year with our TCR program, we are excited and confident to expand our Honda racing endeavors with this Civic Type R in the SRO TC Class next year. With our veteran team and competitive race cars, we expect to challenge the front-runners in 2020," said Mario Biundo, President, L.A. Honda World Racing.

"With its clear tie-in to the production car, and the racing lineage of the entire Honda Civic line, we know that it will elevate awareness of Honda as a motorsport brand, and how our employees focus on this mindset at the customer level in our dealership. We plan on making 2020 an even more successful year for Honda and L.A. Honda World Racing in both series."

HPD Touring Car "Ladder"
What Honda calls its "Racing Spirit" is an essential element of the company's DNA, and Honda is a first choice for more professional and amateur racers than any other brand. For those racers, HPD offers a clear "ladder" of turn-key touring car solutions, from entry-level TCA all the way to pinnacle TCR series. While all three vehicles are based on showroom-stock counterparts, they also feature distinct modifications to allow them to compete successfully in a wide variety of touring car race series in the U.S. and around the world, fitting a variety of different budgets.