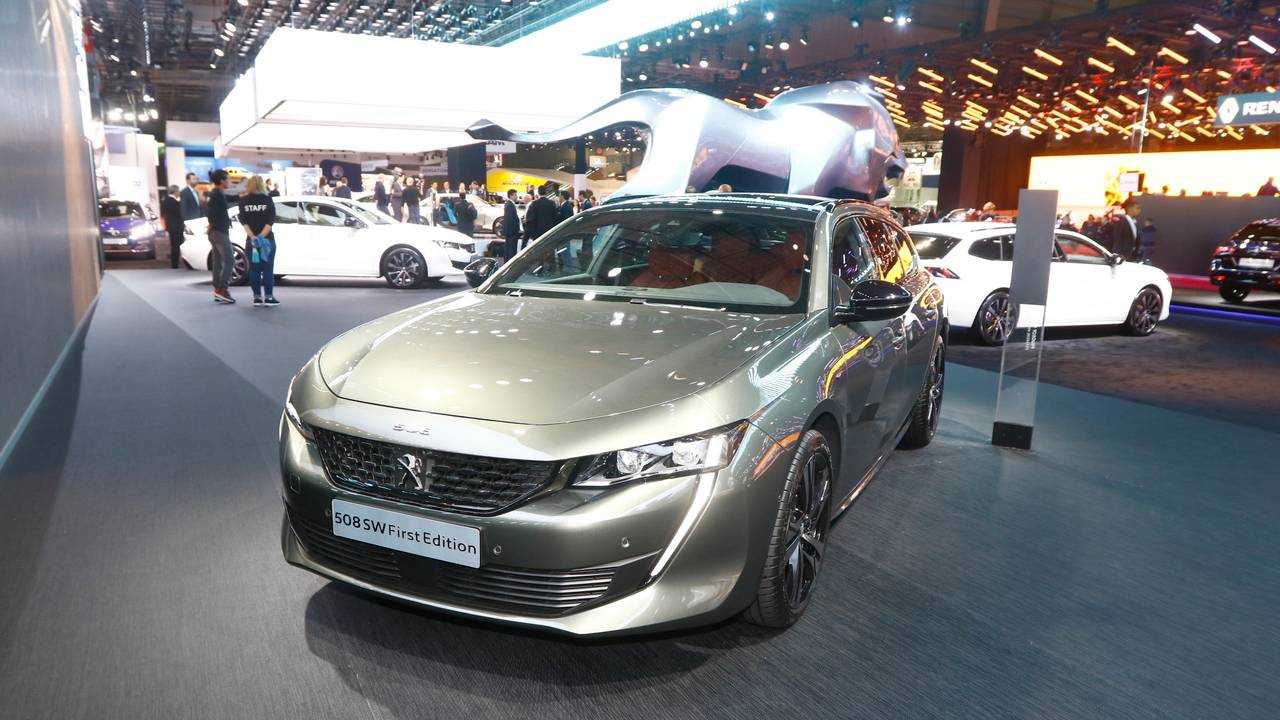 Whereas the new PEUGEOT 508 SW will be meeting the public for the first time at the 2018 Paris Car Show, PEUGEOT is presenting a limited edition called First Edition. Featuring unique stylistic attributes, this exclusive version will be marketed from October 2, 2018, with the online selling available in France and United Kingdom and an e-reservation website in ten other European countries.

The PEUGEOT 508 SW First Edition will be available in PureTech 225 S&S EAT8 and BlueHDi 180 S&S EAT8 engines. These engines are approved according to the WLTP certification protocol.

With the hands-free tailgate, the PEUGEOT 508 SW First Edition’s boot has a wood flooring in Zebrano essence, with anti-slip bars: only on this version! A velvet upholstery with flaps is also provided to protect the floor, the boot sill and the bumper during loading.

The new PEUGEOT 508 SW First Edition features the complete arsenal of driving aids featured on the new PEUGEOT 508 and PEUGEOT 508 SW. As the only one on the segment, the Night Vision function makes it possible to detect living beings in front of the vehicle at night (up to 200m, beyond main beam).

In order to enhance your journey, the PEUGEOT 508 SW First Edition is equipped with the FOCAL® high-fidelity sound system. For this limited version, PEUGEOT has teamed up with FOCAL® to offer an exclusive wireless headset, designed by the Peugeot Design Lab, so that you can continue your FOCAL® audio experience outside the vehicle.

Available from the 2nd of October 2018, a new online selling website will allow customers in France to buy the new PEUGEOT 508 SW First Edition through a lease-to-purchase plan of 37 months (10 .000, 15. 000 or 20. 000 annual kilometers) featuring an electronic signature procedure to perform fully online the purchase order contract between the customer and the dealership. In the frame of this online purchase, the customer will have the possibility to request a trade-in of his current car online (if car is eligible). Customers in the UK will also be able to buy the 508 SW First Edition through the Peugeot UK selling online platform started at the beginning of 2017.

An online-reservation website, also launched the 2nd of October 2018 in ten other European countries (Austria, Belgium, Germany, Italia, Luxembourg, Netherlands, Poland, Spain, Portugal, Switzerland), will allow to discover and to do the reservation of the PEUGEOT 508 SW First Edition.

The online reservation finishes at dealership where the order is performed. All First Edition customers will receive a pair of wireless FOCAL® premium Hi-Fi headphones designed by the PEUGEOT Design Lab.