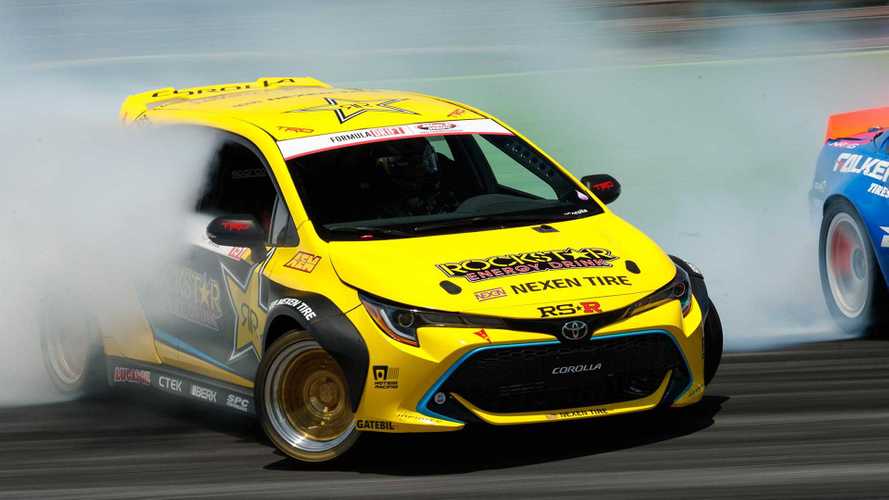 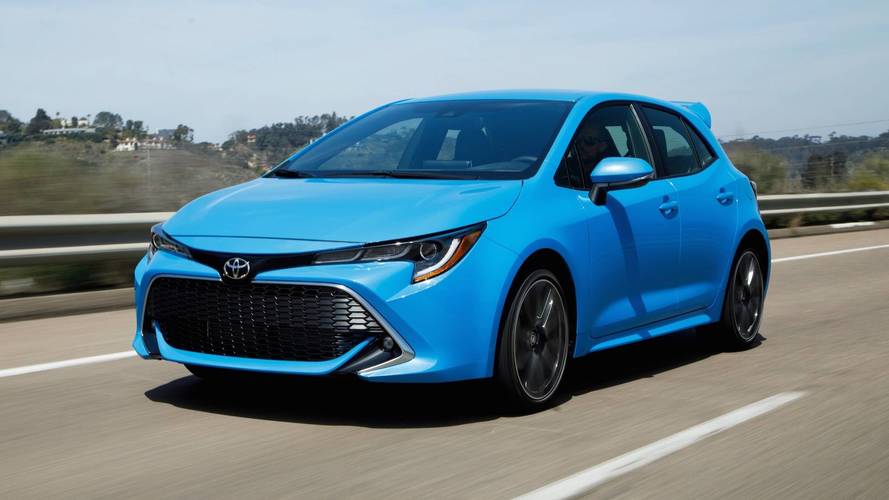 TOYOTA TAKES YOU PLACES AT SEMA 2018

From Supras, a Pizza-making Tundra, Corollas, and Trucks, Toyota Brings Those Places to Life
PLANO, Texas, Oct. 30, 2018 — Toyota’s suite of vehicles on display at the 2018 Specialty
Equipment Market Association (SEMA) Show pays tribute to the heritage of the Toyota Supra, the
launch of the 2019 Corolla Hatchback, the latest TRD Pro trucks, and a very special hydrogen fuel
cell-powered Tundra that robotically makes pizza.

“The theme for SEMA 2018 is our call to action — ‘Let’s Go Places,’” said Ed Laukes, Group Vice
President – Toyota Division Marketing. “This year we’re definitely going places with the introduction of
the all-new 2019 Toyota Corolla Hatchback and the latest TRD Pro trucks. We’re also taking a look
back at the history of the Toyota Supra up through our state-of-the-art Supra race cars on display in
the booth. And no one will soon forget the pizza-making Tundra PIE Pro!”
Highlights of this year’s SEMA display include:

TUNDRA PIE PRO HYDROGEN FUEL-CELL
Everyone’s heard of pizza delivery, but the hydrogen fuel cell electric-powered Tundra PIE Pro takes
the concept to another level. It is one Toyota truck that takes the party wherever it goes with virtually
no carbon footprint—leaving only water vapor emissions and delicious Pizza Hut pizza in its wake.
Powered by a Toyota Mirai powertrain and converted to FWD, this Tundra can power itself and the
entire bed-mounted kitchen via its hydrogen fuel cell electric powertrain. Two robotic arms bake, cut,
box and deliver the pizza.

KEVIN COSTNER’S CUSTOM TUNDRA
Kevin Costner’s custom Tundra Platinum is a truck that was built to conquer the great outdoors. The
Tundra has been outfitted with an array of custom equipment to tailor its use to Mr. Costner’s passion
for nature and active outdoor lifestyle.

CUSTOM COROLLA BUILDS
To introduce the 2019 Corolla Hatchback to the performance aftermarket, Toyota launched a Battle of
the Shops to see who could build the best, most unique custom version of the new car. Two builders
answered the call: well-known Latino builders Julio Ixta of SoCal Kustomz, and Alex Molina of Muscle
Tuner Auto. Two additional builds will also be present, a time attack-inspired entry by automotive
media network Super Street, and a “Russian Arm” camera car by the rally racers at Hoonigan.

FORMULA DRIFT COROLLA
The TRD/Papadakis Racing Corolla Hatchback was inspired by, and built for, Formula Drift
competition. This 2019 Corolla Hatchback features a full rear-wheel-drive conversion, a custom
suspension built from scratch, and a fire-breathing turbo engine pushing more than 1,000
horsepower. It won in its first-ever outing in Long Beach, Calif., and took second place in the 2018
Formula Drift Pro rankings.

TOYOTA SUPRA IN MOTORSPORTS
Toyota’s SEMA 2018 display celebrates the return of Toyota’s most iconic performance car with raceprepared
renditions of the upcoming fifth generation Supra. Toyota will campaign a Supra-bodied car
in next year’s NASCAR Xfinity Series, and it will be parked next to what may be the most extreme
new Supra to date—the Supra GTE racing concept introduced earlier this year at the Geneva
International Motor Show. The car is making its North American debut at this year’s SEMA show.

TOYOTA SUPRA, MARKS 1-4
In support of Supra’s return to the racetrack and the street, a display of classic Supras—featuring
generations one through four, all in white—will be parked at the 2018 SEMA booth. The pristine
assembly will be accompanied by eight modified examples displayed on the outdoor patio,
celebrating a die-hard enthusiast following that endures to this day.

NEXT GENERATION TRD PRO TACOMA, TUNDRA, 4RUNNER
Six Toyota trucks will be present in the 2018 booth in support of automotive enthusiasts of a different
stripe. The new 2019 TRD Pro Series trucks—Tacoma, Tundra, and 4Runner— will be parked
alongside three SR5 models equipped with TRD parts. They will be displayed adjacent to a
comprehensive TRD parts wall designed to allow owners to customize their own Toyota trucks. They
will be joined by the multi-championship-winning Baja race truck driven by off-road legend Ivan
“Ironman” Stewart.

The entire collection of vehicles can be seen in the Toyota display booth (#24800) in Central Hall and
the adjoining Patio Annex at the Las Vegas Convention Center, October 30-November 2, 2018.