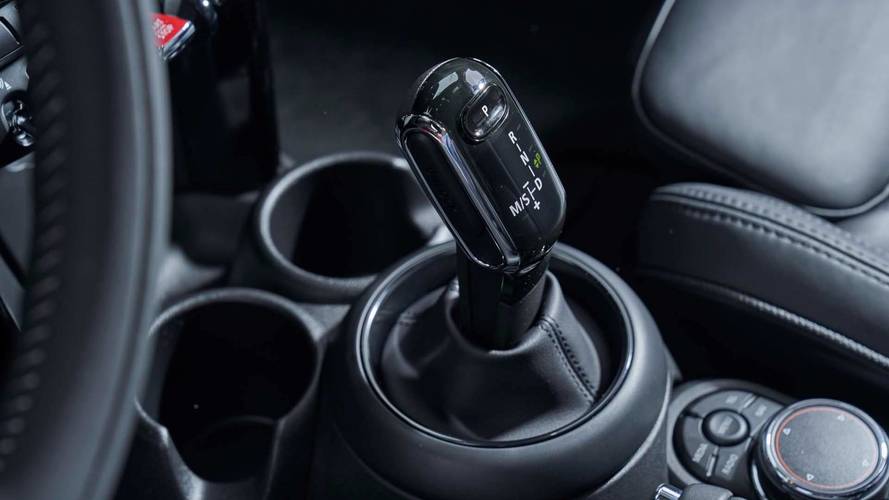 Munich. The British premium automobile manufacturer MINI highlights the sporty character of its current models in the small segment with a new type of transmission. Extremely fast gear changes, a high degree of shift comfort and optimised efficiency – these are the benefits of the 7- speed Steptronic automatic transmission with double clutch, available for the MINI 3 door, the MINI 5 door and the MINI Convertible. It is offered in conjunction with selected engine types and as an alternative to the standard 6-speed manual transmission. The new double clutch transmission provides impressive shift dynamics for enhanced driving fun while at the same including all the comfort features of an automatic transmission.

The double clutch transmission is operated by means of a newly designed electronic selector lever which always returns to its original position after changing between driving mode D, neutral position N and reverse mode. The parking lock is activated by pressing the P button. S mode can be activated from position D by shifting the selector lever to the left: this supports a particularly sporty driving style as well as allowing manual intervention in the choice of position. The electronic control of the new double clutch transmission for MINI also includes a shift strategy based on navigation data and supports both the engine start/stop function and coasting so as to reduce fuel consumption and emission levels.

The design principle of the double clutch transmission has been adapted directly from motor racing. Just like on the race track, it allows MINI drivers to undertake highly dynamic acceleration manoeuvres by enabling upward gearshifts without torque interrupt. The driver can keep the accelerator pressed down while the transmission control sets the shift points so precisely within just a fraction of a second that the ideal engine speed is always available after the gearshift to ensure a continuous increase in speed.

This is possible due to the specific structure of the double clutch transmission. It combines two partial transmissions in a single housing. The core element of the system consists of two oil-cooled wet clutches: one of these is responsible for the even transmission ratios (2, 4, 6) while the other is for the uneven ratios (1, 3, 5, 7) and reverse. During travel, one of the two clutches is open and the other is closed. They interact when the driver shifts up or down: opening one clutch activates closure of the second at the same time.

All that needs to be done to shift up is to open the clutch of the third gear and close that of the fourth gear. This happens simultaneously without any interruption of pulling power – and if anything takes less time than it would to activate the clutch pedal when driving with manual transmission.

The transmission control always knows which is the right gear.

In order to have the appropriate gear ready for the next shift, the electronic control system of the new double clutch transmission permanently analyses the driver's intentions and the situation on the road. This analysis incorporates the accelerator position, engine speed, road speed and MINI driving mode. As a result, fast gearshifts can be made to respond appropriately to sudden changes in the driving situation. If acceleration has to be unexpectedly interrupted, for instance, the double clutch transmission takes no more than a fraction of second to make the next gear down available instead of the next gear up.

The parallel opening and closing of the clutches makes acceleration and deceleration manoeuvres not just faster but also smoother. Acoustically, the gearshifts can only be perceived in the fast succession of rev changes – also to be seen in the abrupt movements of the tachometer needle.

What is more, there are no load change reactions as are common in conjunction with manual transmissions.

The increase in drive positions as compared to the 6-speed manual transmission benefits both sporty flair and ride comfort. The seven gears of the double clutch transmission enable a broader spread of gears, thereby reducing the differences in engine speed between the various drive positions. Together with the direct engine link that is characteristic of the double clutch transmission, the small rev jumps make for particularly intense driving fun when accelerating. This applies to automated shifts in D and S modes as well as to manual interventions in the selection of drive positions in M mode. In S mode the gearshifts occur at increased engine speeds and with further increased shift dynamics. In S mode, the driver can also spontaneously switch to manual shifting.

Here, manual gear selection is sequential. The selector lever is briefly moved forward to shift down and raised slightly in order to move up to the next higher gear.

In automated mode, driving fun can also be enhanced by linking the transmission control to the optional MINI navigation system. The double clutch transmission control unit is then able to draw on navigation data to adapt its shift strategy to the given situation on the road. When approaching a sharp bend or junction, for example, a downshift is made early on so as to be able to make use of the engine braking effect for deceleration purposes. When passing through two bends in quick succession, the drive position engaged after downshifting is maintained so as to avoid any unnecessary shifting and ensure the ideal gear is available for powerful acceleration on exiting the bend.

Like a conventional converter system, the double clutch transmission also offers a crawl function that enables smooth set-off without activating the accelerator, thereby increasing comfort when manoeuvring or in stop- and-go traffic. The dual-mass flywheel with integrated centrifugal pendulum develops its positive effect when driving at low revs: it balances out rotational unevenness in the event of sudden torque request, thereby promoting vibrational and acoustic comfort when accelerating out of the low engine speed range.

What is more, the coasting function is available in both the MID and GREEN driving modes. Here the drivetrain is decoupled as soon as the driver removes their foot from the accelerator pedal. This allows the MINI to roll along at idling speed – free of any engine braking effect and at minimum fuel consumption. The coasting function can be adapted more precisely to the driving situation if the vehicle is fitted with a navigation system or driver assistance systems. If there is a need to apply the brakes based on navigation data or camera images, for example, because the MINI is approaching a junction or another road user ahead, the coasting function is suppressed so as to be able to make use of the engine braking effect.